Dr. Brennan Spiegel at the Virtual Medicine Conference: the effect of Wild Dolphin VR is remarkable 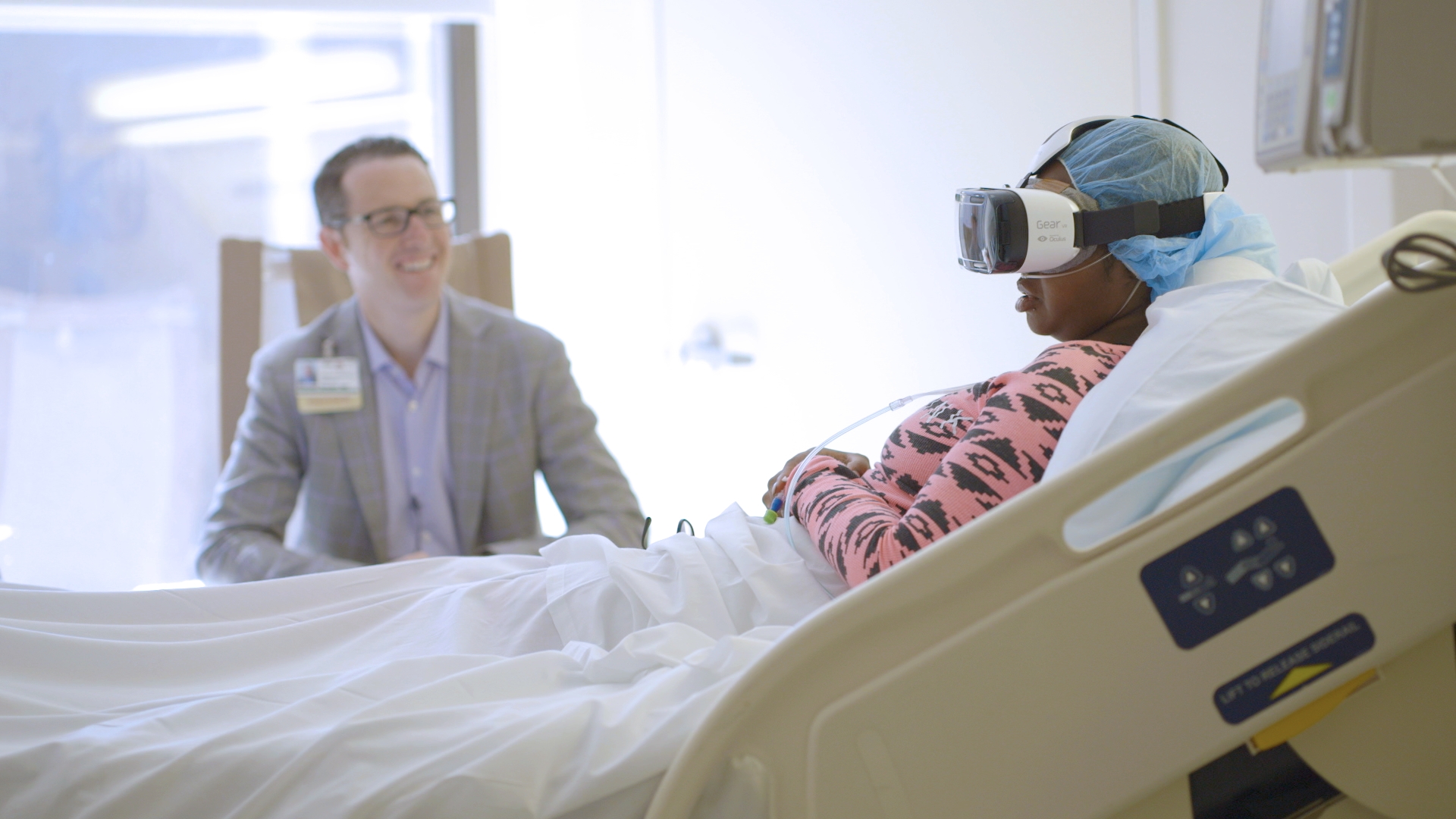 In March, the Cedars-Sinai hospital organized the second Virtual Medicine Conference in Los Angeles. While we could not be physically present this year, the Dolphin Swim Club was highlighted by the director of Health Services Research (and GI doctor) Dr Brennan Spiegel. In an introductory keynote speech, he explained our current understanding of pain and anxiety and the healing effects of Virtual Reality therapy, using various examples, including the Dolphin Swim Club.

Using Wild Dolphin VR as an example, Dr Brennan Spiegel explains Virtual Reality’s ability to counteract the ruminating mind. He explained that a Virtual Reality experience is like taking a psychedelic. It has the ability to temporarily dissolve the ego-self, allowing insights that normally would not receive mind space.

Dr Brennan Spiegel: ‘We use the 360 video content of the Dolphin Swim Club all the time in our patients. Just recently I had a patient who was hospitalized for abdominal pain and anxiety. She had had every test: she had had an endoscopy, a CT scan, a blood test… And everything was normal. We showed her the Wild Dolphin VR experience. And after about four minutes she said… “I think I know why I have this pain. It’s my brother. He had stomach cancer and he died. And I’m sure I do too, and I’m going to die like he did.” And I said: “but we’ve been in your stomach, you don’t have stomach cancer.” And she said: “I know that, but I have not been willing to accept that. These dolphins are telling me I need to. I could have been on the couch for a year and I wouldn’t have come to this conclusion.” It’s remarkable! We’ve seen this over and over again. It doesn’t work with all people and all times. But when it works, it works.’

Interested in the full keynote? You can watch it here.
Do you want to know more about Virtual Reality in healthcare? You can read more about its healing effects on our Medical VR page.