The dolphins introduce us to wonderful people 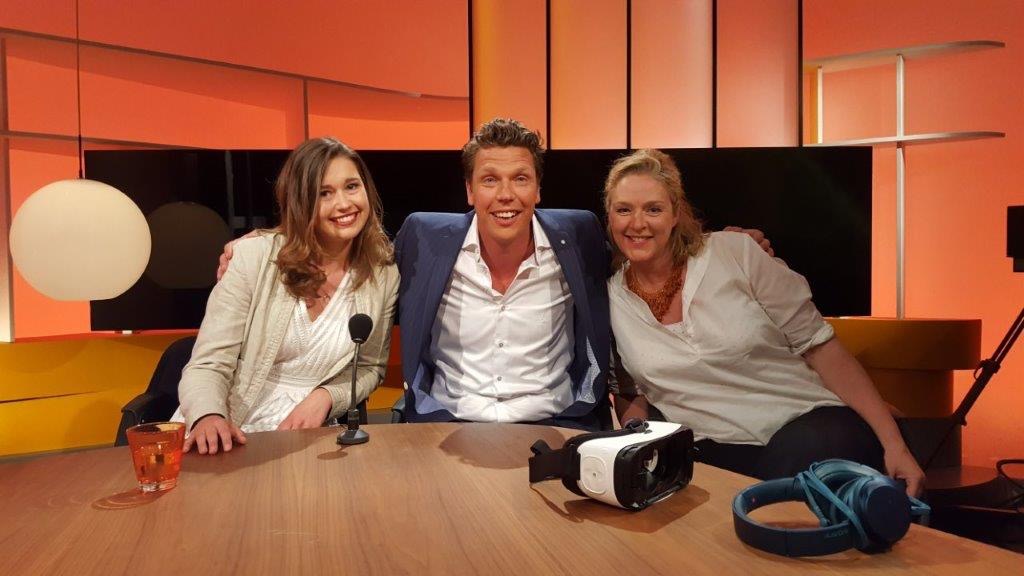 A lot has happened since we got back from the shoot in Egypt. The whole team was busy with post-production, the website and meeting wonderful people: pioneers in the world of 360° Virtual Reality, people working in healthcare, medical research, animal welfare, research and rescue, environmental protection, education, marketing, the cultural field and journalism. By itself, it is a great joy to meet all these people passionately trying to make the world a better place by doing what they love. So here is the follow-up story with a very grateful heart, to all beings involved and especially the cetaceans of course. 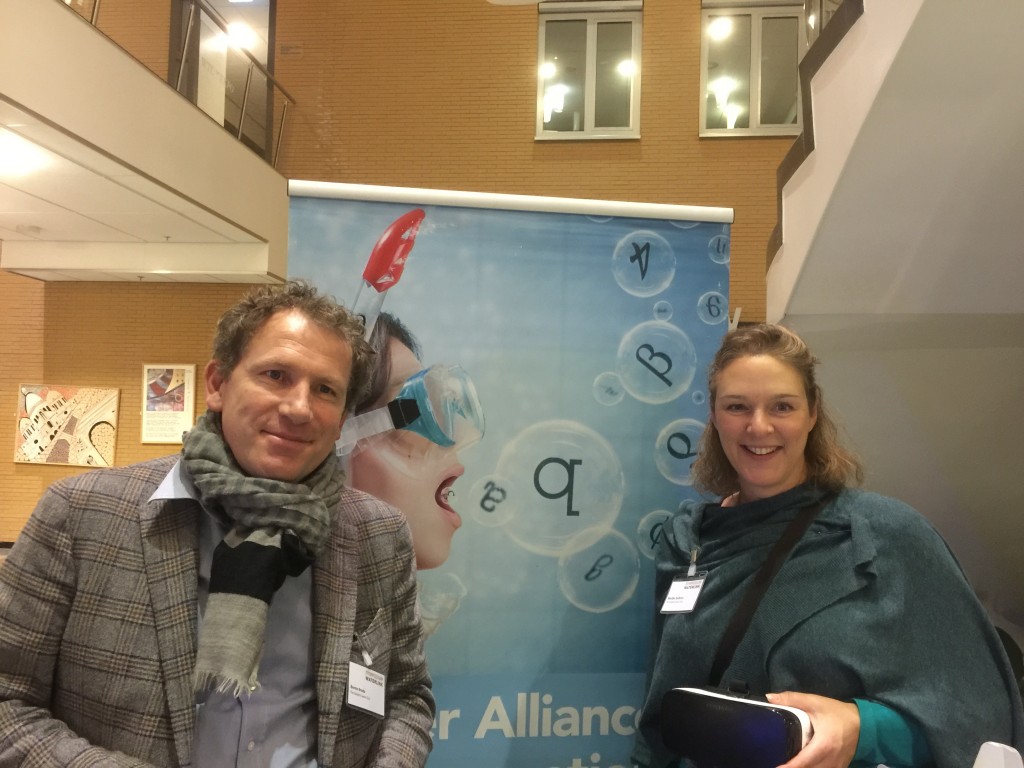 The Embassy of the Cetacean ImagiNation, a non-profit start-up presents the Dolphin Swim Club: a healing 360° VR experience. This project is foremost about sharing the joy, playful spirit and beauty of wild dolphins in their home, the free oceans of the world. To meet a dolphin or a whale underwater and look into their eyes is perhaps one of the most amazing encounters one can have on this planet. It is our dream to share this experience through 360° VR, and so inspire a love for the oceans and all its inhabitants. 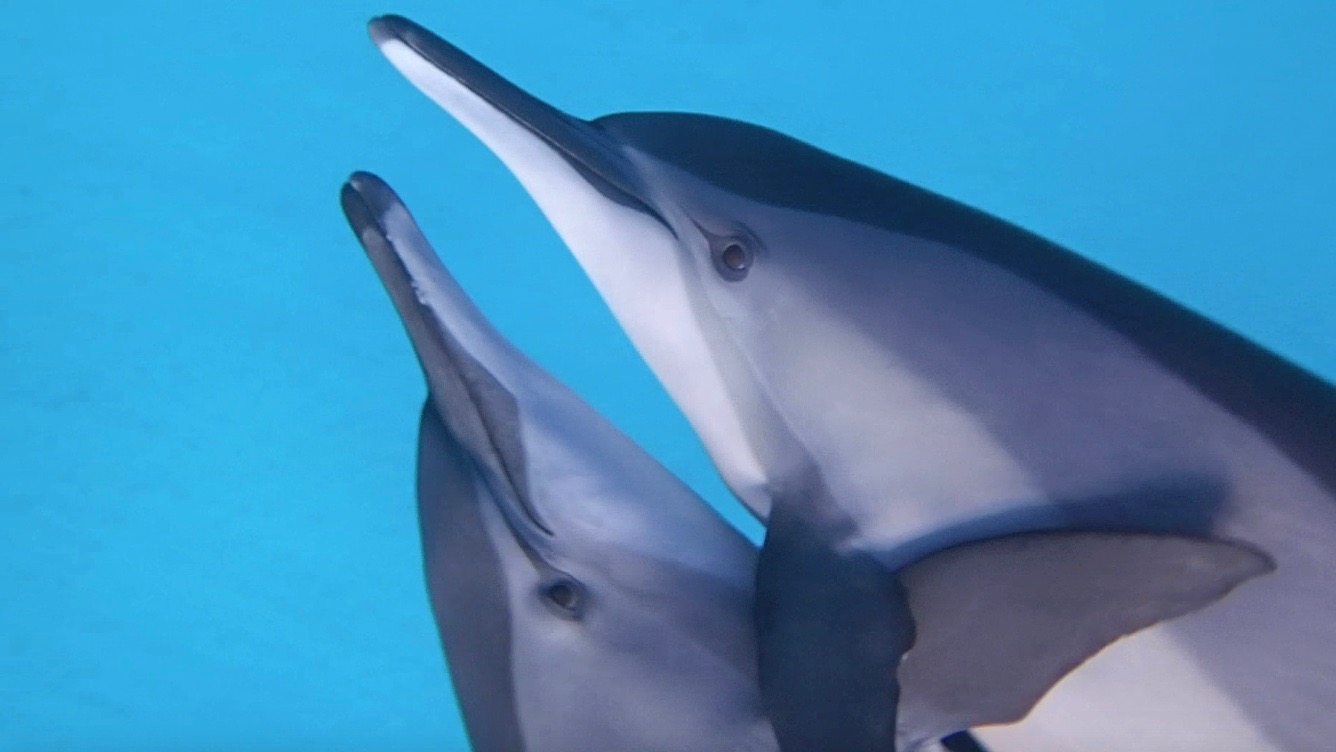 The stress reducing and healing effects¹ of meeting dolphins are widely known. All throughout history there have been many stories and legends accounting that. In modern medicine, these seemingly magical qualities of cetaceans are used in so-called ‘dolphin-assisted therapy’. Unfortunately, the facilities offering these programmes are keeping dolphins in captivity. As we continue to learn more about the amazing intelligence, language and complex societies of cetaceans, it has become apparent that this is a highly undesirable situation. Captivity leads to drastically shortened lives and endless suffering.

So we thought: ‘Lets make a great alternative’, and we did! In 360° Virtual Reality.

Of course, wanting to film wild dolphins in the free oceans does require an element of luck (besides working with the best crew on the best location), so we made sure that all circumstances were as perfect as possible for the shoot. Most importantly, the dolphins must want to be there. And they did, they showed up and now we are able to have people experience through Virtual Reality pods of more than 90 spinner and bottlenose dolphins. That is more than we could ever dream of…

In January 2016, both Dr. Wim Veling of the University Medical Centre Groningen and Professor Skip Rizzo of the University of Southern California decided to start official medical research in the field of depression, psychoses and anxiety disorders and autism by using our VR experience.

In April of that same year, we launched our 360° preview which is now available through our special player. You can order VR Goggles to watch the dolphins with your own smartphone in 360°VR, and you may want to leave a donation to support our efforts, highly appreciated!

Several health organisations in the Netherlands have pre-ordered the Dolphin Swim Club under water 360°VR dolphin footage. They want to open up the world of multiple disabled patients or provide an opportunity to reduce stress within all kinds of healthcare.

Early May, the Norwegian Cancer Society decided to use our images for the treatment of patients (age 13 to 19) who will undergo bone marrow transplants. The Dolphins offer a beautiful distraction from life in an isolation room (5-6 weeks).  They want to explore practical implications and whether the use of VR can help children and young adults to cope better with the adverse effects of their treatments.

Starting May 4th, our high quality 360°VR preview is shown in Amsterdam and Berlin, in Europe’s first VR cinemas. To us, this project is just for fun, as we love to share the joy of the dolphins with everybody. And we think it’s really cool that you can now buy a ticket to the VR movies instead of a dolphin show!

Next to the production of several VR films and watching the dolphins find their way into healthcare and delighting viewers everywhere, we do have dreams left. We would love to make waterproof VR-goggles out of waste plastic, taken from the ocean. Because not only cetaceans but all ocean inhabitants would greatly benefit from a clean sea. We teamed up with Zeehondencentrum Pieterburen, a Seal Rescue Centre in the Netherlands. They are running a programme gathering abandoned fishing nets (ghost nets) and other plastics from the Waddenzee in the north of the Netherlands. This debris is recycled into a special granulate.

The waterproof feature will add an extra sense to the healing experience and would be very suitable for severely paralyzed patients.

As a non-profit start-up, all revenues will flow back into the project for the funding of the research and the development of further underwater experiences.